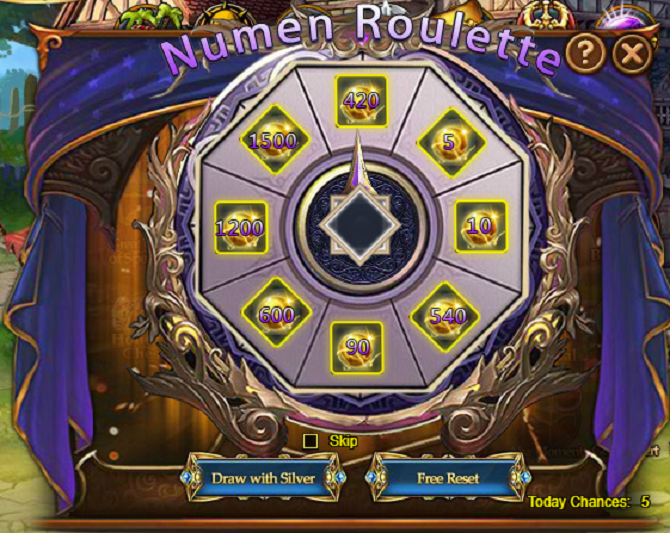 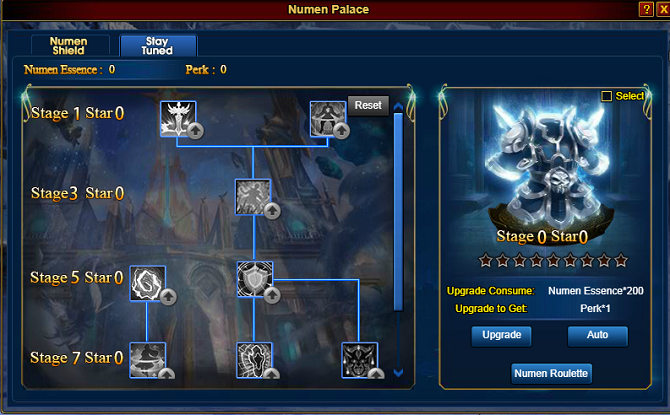 Unlock ≠ Activate (Unlock means skills can be learnt)
Roulette Introduction: Players can start the roulette with Silver or Gold. Each spin will earn you a kind of reward, which will disappear once you obtained, and players can spin until the last reward is earned. Also, players can reset the roulette with Gold and refresh the rewards at any time. The number of daily reset times depends on the VIP level and can reach as high as 50 times.


2. Perks can be used to unlock and upgrade various skills on the Perk Trees; please pay attention to the fact that players can＇t activate all of the skills, players need to combine the skills according their own requirements, different combinations have different effects;


3. If players are not satisfied with their skill combination, they can spend gold to reset the skills, consumed perks will be returned after resetting.

4. Players can select one of skill-activated Numen tool. During the fight, Numen tool will release all the activating skill at the first turn and recast the skill every five turns (Learn special passive skills can reduce the cooldown); 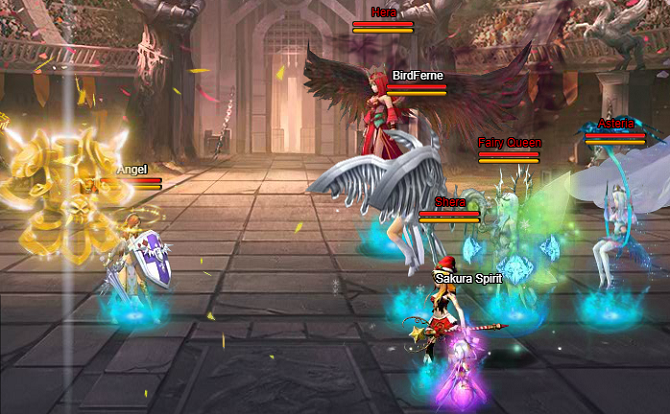 Players should allocate their perks according to their own needs, Different skills have different effects during the fight.


More importantly, we will launch other Numen Tools later on! There will be more super worthy skills waiting for you to unlock


Previous>Whose Buddies are the best! Join the Buddy Legend to Prove Yourself! Next>Introduction of 【Hand of Gods】
My Servers
Recommended Servers