The main interface is as follows: 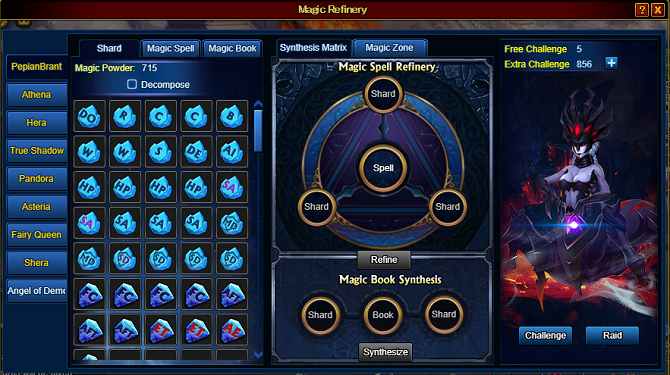 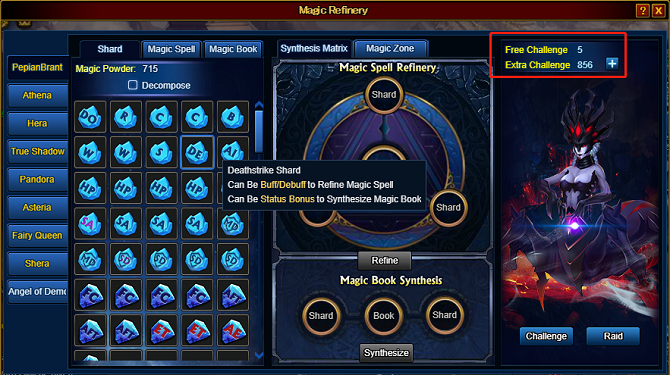 There will be monsters of different attributes appear in each challenge, the monsters have powerful buff and can’t be defeated. Don’t worry about that, the shards can be obtained as long as players participate in the trail.

Players of VIP 6 or above can use the Raid function. Players can select the unneeded Magic Shard in Raid interface and decompose Magic Shards to save the space of Magic Refinery Pack. 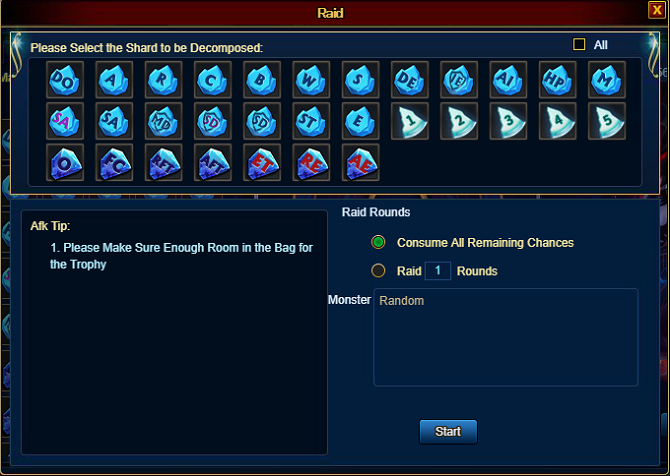 There are three types of Magic Shard including Target, Attribute and Number. Each Shard can be decomposed into 5 Magic Powder.


Magic Spell will be triggered as passive skill during the battle, different Magic Spells have different trigger conditions. For example, there is a Magic Spell which can increase friendly character at 1 round dodge+1000, last for 2 rounds.

Put three Magic Shards of different types into Synthesis Matrix and spend 2000 Gold to refine Magic Spell. Different Shards can be used to refine different Magic Spells. Players can use their imagination and try different combinations according to their own requirements. Each Magic Spell can be decomposed into 100 Magic Powder. 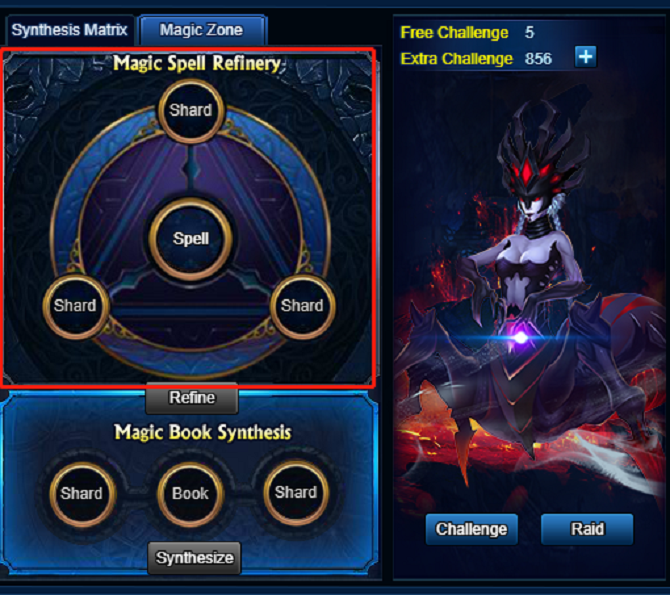 
Players can choose different attributes for their characters in Magic Book. Higher the level of Magic Book, more terms of the attribute. 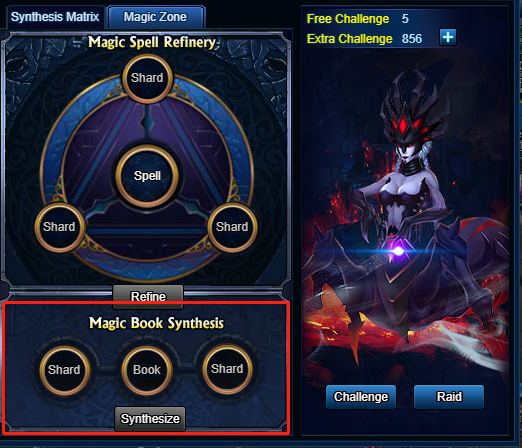 In Magic Refinery bag, Players can tick Decompose button and select all the Magic Shard, Spell and book to decompose them.

Invisible: Decrease the chance of friendly Invisible unites being attacked by enemies

Anti-Invisible: Enable you to have a chance to attack enemies’ Invisible targets.

No need to be afraid of endless invisible effect after unlocking Magic Refinery Feature!!