Blade of Queen will undergo an update for S1-S116 to improve and provide better game experience, which starts at 01:00 Jan.10 (PST). This update lasts about 15 minutes after the in-game announcement.

1. Battle Title and Battle Mark has been added.

Corresponding Title and Mark will be acquired when players’ battle capacity reaches the required level. Battle Mark will be displayed at the left side of players’ name in the scene and dialog box. Higher Battle Capacity will bring cooler effect. 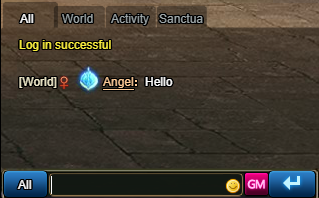 2. Pet Battle Skills has been renewed, maximum level of Rank has been increased, new Choking, Poison skill has been added, here are more details. 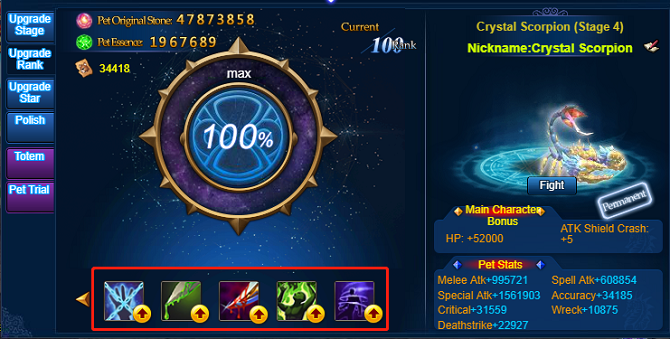 Choking(Level 80): Melee attack on a random enemy target and seals it for 1 round with an 90% chance

Poison(Level 80): Spell attack on a random enemy target and poisons it(ignoring Dodge and Invisible), the 50% of Target's HP will be taken after 1 round(ignoring Divine Shield)

Behead(Level 80): Special attack on a random enemy target and kills it directly if its HP is lower than 50%

Honesty(Level 80): Special attack on a random enemy target, 100% chance to disable Dodge and Invisible for 1 Round

3.Two-Pieces Buff has been added in Magic Crystal of Necklace and Ring

For the Necklace: Insinuation: Increase 100 Critical for Every Round in the Battle

For the Ring: Nature’s Incantation: Increase 100 Dodge for Every Round in the Battle

4. New Imprint and Magic Crystal tags have been added in Honor Halls

1. All Server Luxury Degree Ranking has been added in Hacienda

2.New Lighting effect has been added in Ascendant Tower Entry, when SS Eidolon reaches the Ascendant Requirement, there will be an exclamation mark as a reminder. 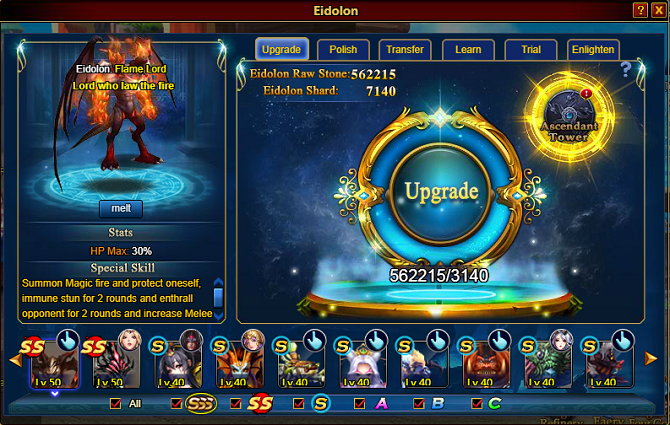 3.Divinity Damage has been added in Evil Palace

1. Fixed the Battle anomaly of Crusade, Evil Palace and Dragon Altar when players who take True Flame Lord to fight with monsters.

2. Fixed the all server ranking data anomaly in Numen Palace