For the first round, players can get Necromancer Mallet Sacred Gear;

For the second round, players can get Rangers Traveler Title Pack (Buddy);

For the third round, players can get Goddess of Degenerate Retinue Card;

For the fourth round, players can get Hell Sickle Sacred Gear;

For the fifth round, players can get Wakeful Fire Horcrux; 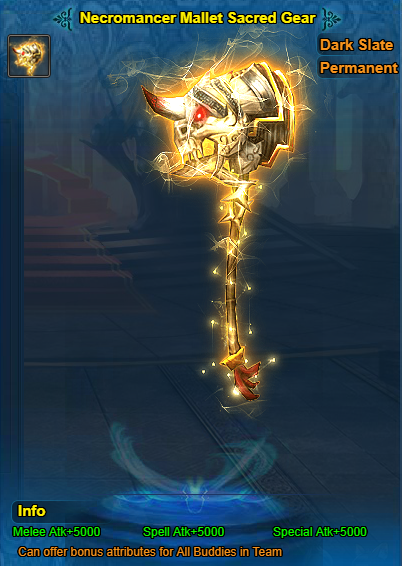 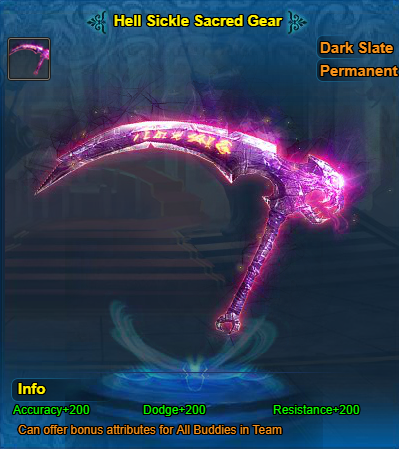 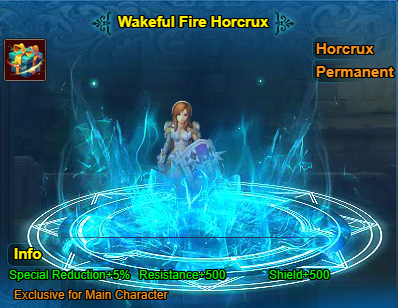 During the event, players who recharge over specified amount of Gold at a single time can click ''Special Events''  to collect rewards.

There are no limit times to collect rewards, the more you recharge, the more rewards you received. Rewards are sent according to the highest rank that players' single recharging reached, and other rank of rewards can't be claimed. 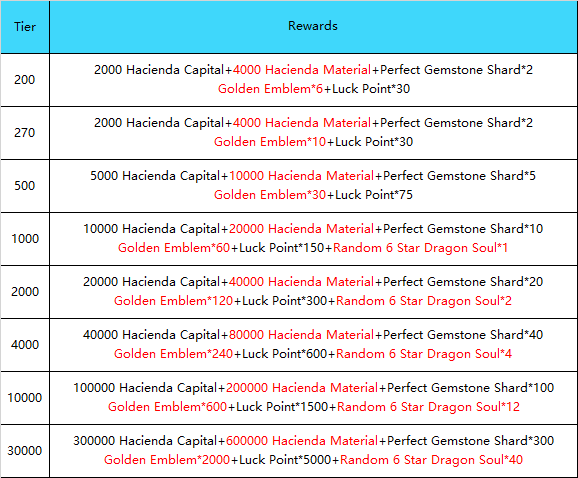 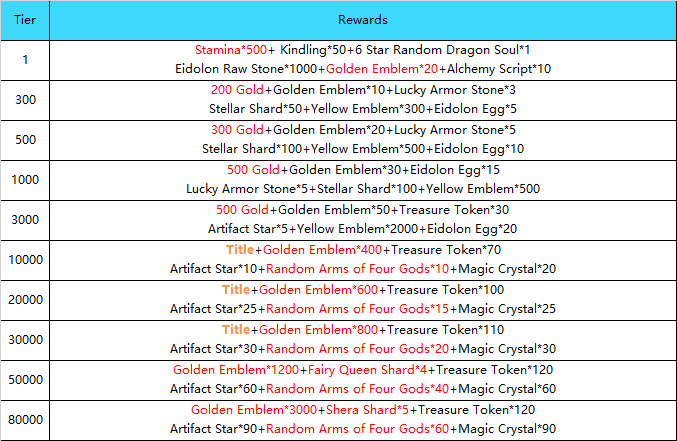 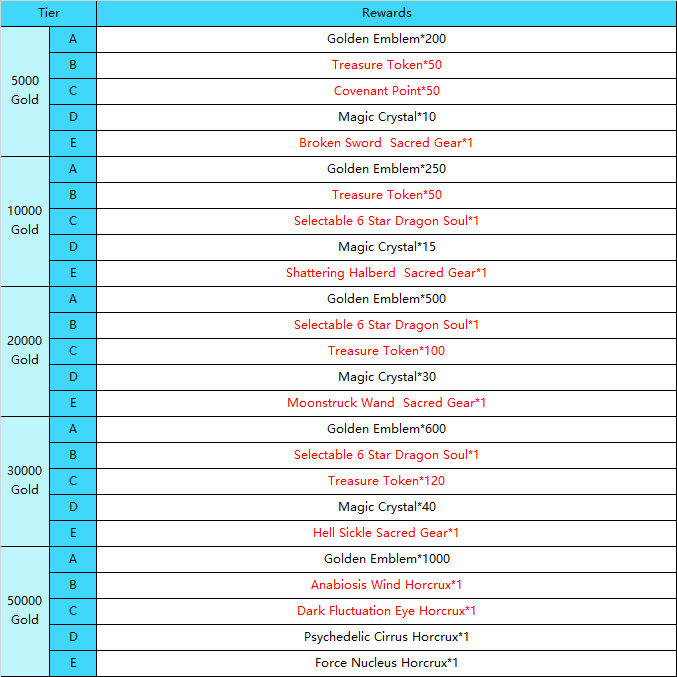 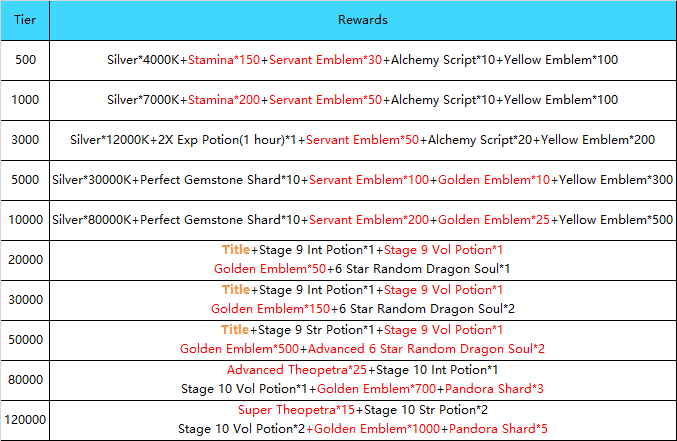