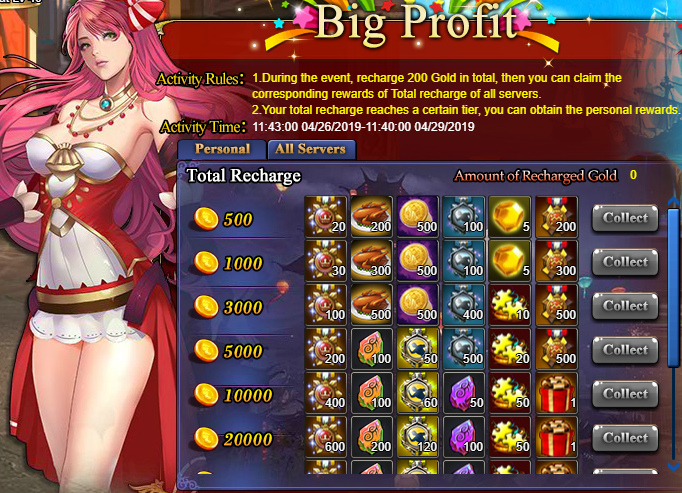 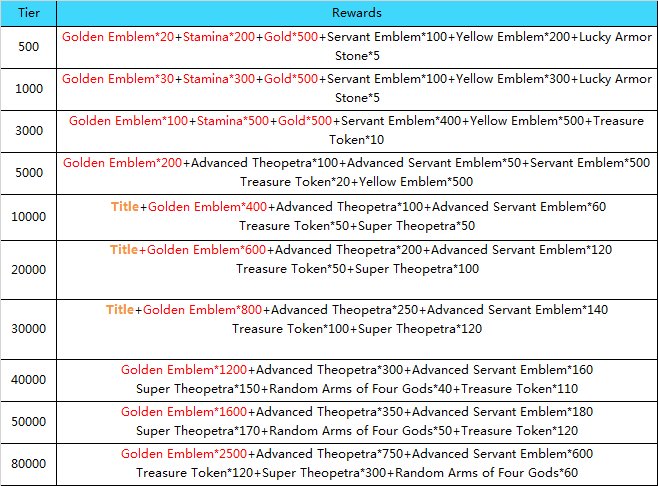 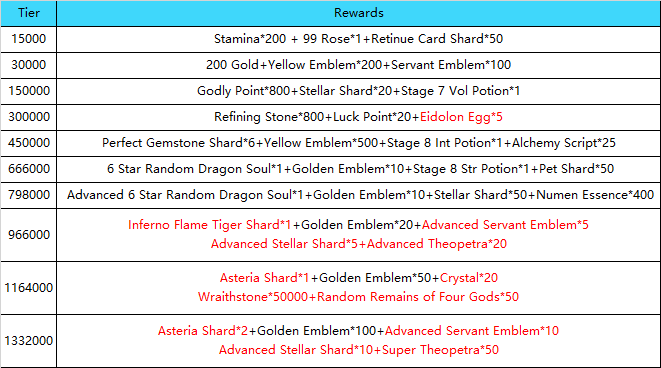 During the event, players can get various rewards through recharging and spending Gold;

Players who have recharged 10000 Gold and spent 10000 Gold can get Dark Knight-Athena Retinue Card;

Players who have recharged 30000 Gold and spent 20000 Gold can get Enchanted Broom Mount;

During the event, players who recharge specified amount of Gold can choose one reward randomly in the corresponding grade.
You can only collect one reward from each grade of each round.
Players who recharge to get the highest grade and receive the reward in each grade will start a new round of One Choice of Blessing.
The rewards of new round won’t change. You can choose one reward randomly in the same way. The rewards are as follows: 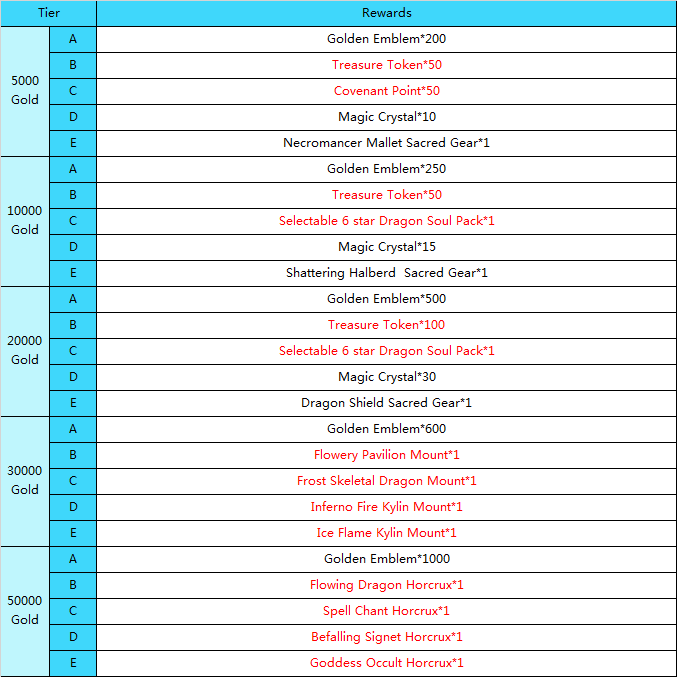 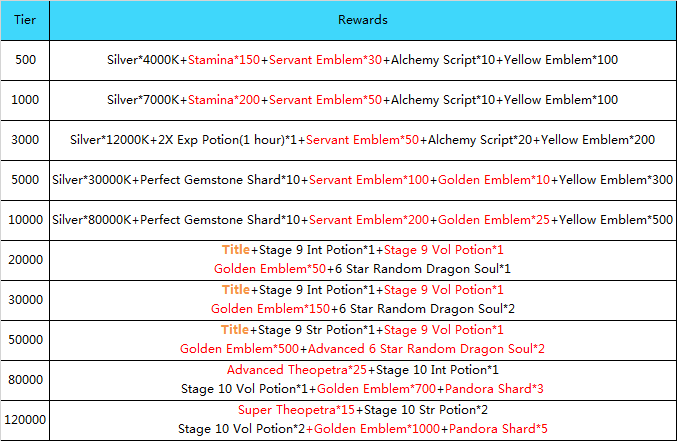