Team Fight is one match between different Sanctuary. Players can choose partner in your Sanctuary and you will fight with other Sanctuary's Team.

Tip: If you encounter any problems in the competition, please give Angel feedback in time. 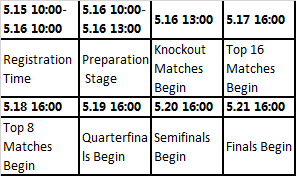 During Team Fight, players can click 'Team Fight' to enter into the function.

Players can create team or join other players' team to take part in the Match. Each player can choose 2 Buddies to put in the team and each Team needs to include three players. Registration time is within 24 hours.

a. There are 9 buddies each team. Six of them can put in the team and the other three are reinforcements.

b. You can adjust the buddy freely but the three main characters must stay in the Team.

c. The Battle Horcrux, Pet, Oracle, Vow Aranca, Numen Arms, Divinity, Imprint and Pentacle of each team will use your team Captain's data. (Angel suggests players choose captain first then let your captain create the team because that can't be changed.)

d. When main character is died, their children will enter into the battle.

1) Rule of First Half knockout match:

A. The registered team will been one-to-one PK randomly. Each battle has one round and the interval of each round is 10 minutes.

B. If your Team fail three battles, your team will be knocking outed.

2) Rule of Second Half knockout match:

A. The registered team will been one-to-one PK randomly in Second Half. Each battle has one round and the interval of each round is 10 minutes.

C. If your Team fail three battles, your team will be knocking outed. It is until Top 32 have been selected.
(Players can click Record to check the details)

A. The Top 32 in First Half and The Top 32 in Second Half will be divided into 16 groups respectively. Each group has two teams, and the battle rule is three out of five sets. The interval of each battle is one hour. The team which is winning will enter into next stage.

B. One round daily until the champion is selected.

C. Players can click Team Fight Icon to enter into it and watch the match.

4. Rewards in this Match: 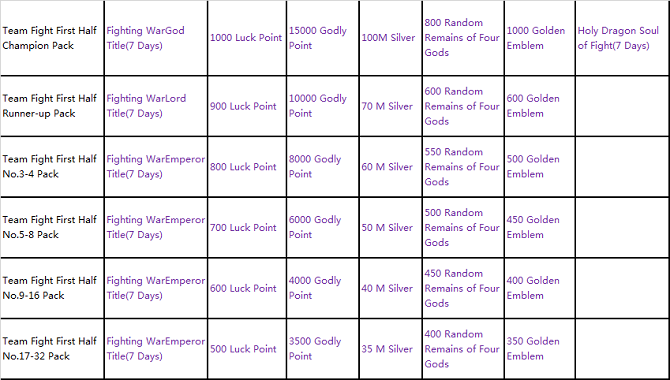 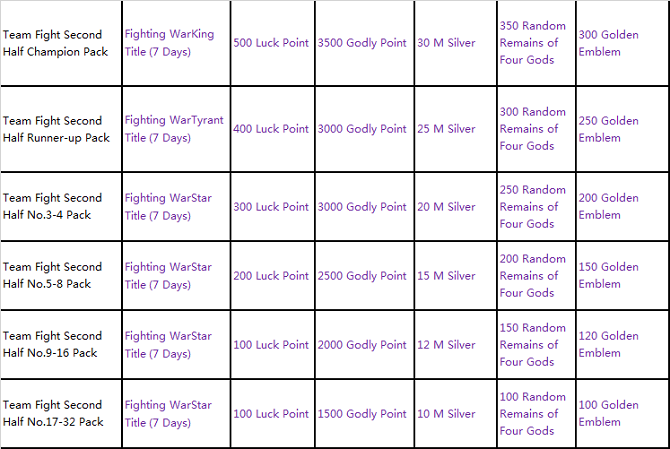 *All titles are time limited but attribute is permanent.

*The Time Limit Horcrux in Champion Pack will be taken back when it is expired. (Attribute won't be retained)

Open pack will activate the Title and Horcrux directly. Players can show it in Achievement and Horcrux interface.

5. Support in the Team Fight

When Match enters into the Final Stage, players whose level is higher than Lv. 70 can choose Team to support. If the team you supported is victory, you can get Silver Rewards.