Blade of Queen will undergo an update for S1-S135 to improve and provide better game experience, which starts at 01:00 May.30 (PST). This update lasts about 15 minutes after the in-game announcement.


The update details are as follows:

Special Skill of True Frost Queen will be promoted massively when it reaches highest level. Here is the description:

Launch a vertical attack on the enemy, reduce the target's current HP by 50% and prevent units hit by the skill from recovering health for 3 turns, while increasing its Accuracy and Block largely. The skill can't be Critical and is immune to rebound effects. And it ignores all damage-reduced Defense stats and skills (Except Phoenix Bless). Remain 50 Rage after using.

*Ascendant Orb can be obtained from our official events. 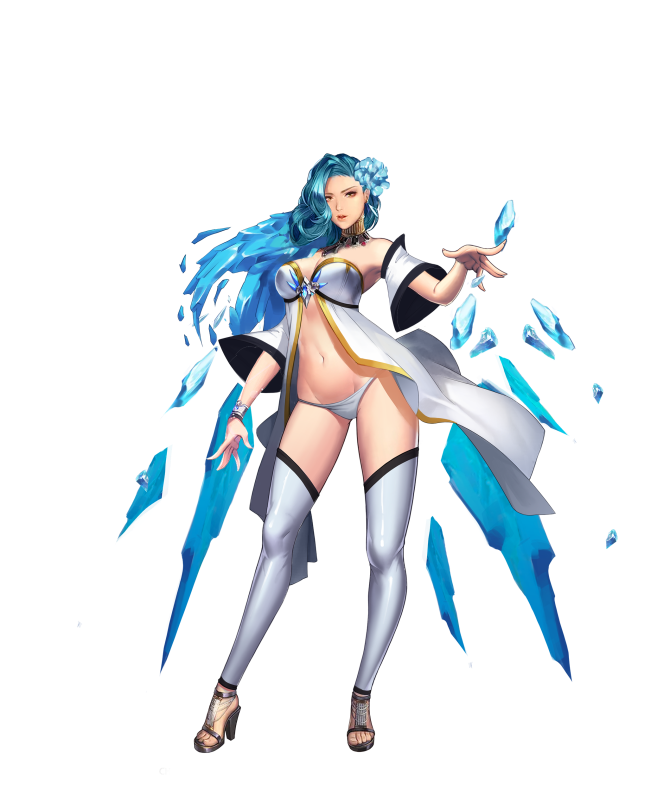 2. New Function of Clash of Teams

Entrance: Players can click on Daily Activity to enter.

Function Introduction: Clash of Teams is the daily activity of teaming up and battling among players in the Sanctuary.

Rules: During the activity, players can form a team of up to three players by inviting friends, Guilds or sending invitations at Sanctuary channel, and then register (Single or double-players teams can also register). Team cannot change its members or be dismissed after registration.

In a multi-player team, all team members have to be ready before the captain can register the competition. The Captain is who create the team and can’t be changed.

Tips：Team members will leave the team automatically when they are offline, and team will be dismissed when the Captain is offline.

There will be 20 seconds CD between matches.

Rank mechanism: Player's initial score is 500 points. Increasing every 100 points will improve one Rank, the highest is the Challenger.

Rankings will be updated at 24:00 on the day of each competition. 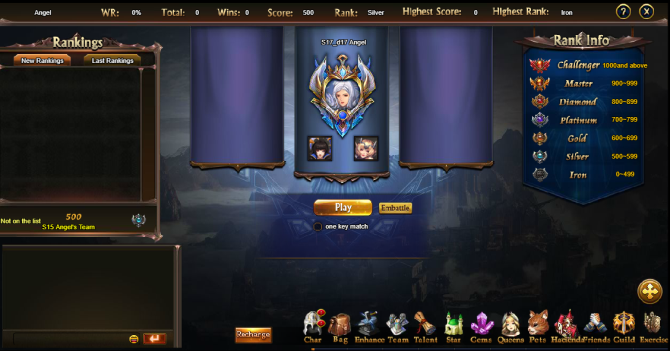 in Guild Activity to enter.

Players can accomplish specific tasks in the General Mobilization of Guild to obtain personal Merit Points which can be used to exchange items in the shop.

Tips: If the player leaves the Guild, personal Merit Points will be cleared, please be careful. 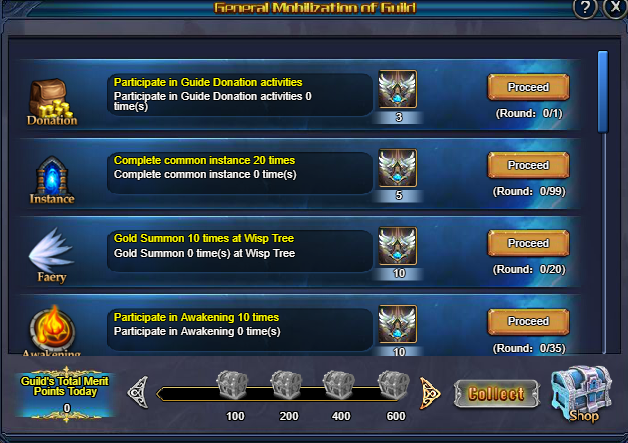 When players have more than one Oracle, they can use Gold, Oracle Bells and Oracle Flutes to unlock the support slots and select multiple Oracles on battle at the same time. Different numbers of Oracles on battle will trigger different Oracle support effects.

The specific effects are as follows:

a) Selecting one Oracle on battle can summon one by chance；

c) Selecting three Oracles on battle can summon 2 by chance;

d) Selecting four Oracles on battle can summon 2-3 by chance.

Tips: Only when Oracles reach 1 Rank 1 Star can they go on battle. Multiple Oracle Skills can be triggered in one round when selecting multiple Oracles on battle. 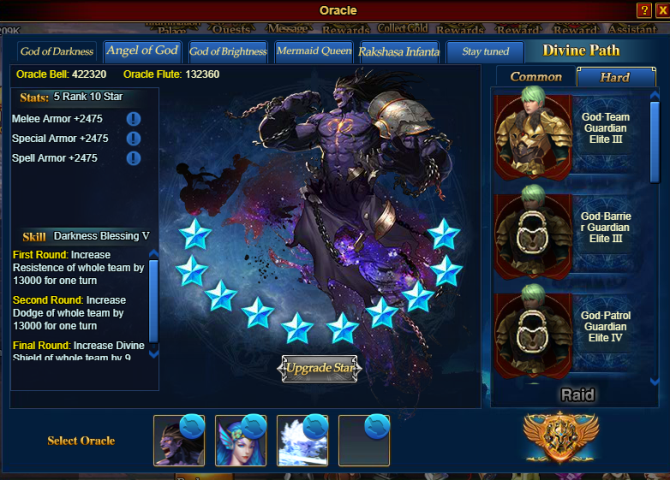 2. New display of Children's BC and Attributes.

4. New item-Power of Dragon Soul is added, which can be swallowed by Dragon Soul to increase the its experience largely. The item can be obtained from our official events.