Blade of Queen will undergo an update for S1-S136 to improve and provide better game experience, which starts at 01:00 June.6 (PST). This update lasts about 15 minutes after the in-game announcement.

on main interface to enter.

Introduction: Battle Chasers is the function of main characters teaming up and challenging Chapters among players in all servers. Players can find the right team in all servers, and win the rewards by completing Chapters with other players.

a) Team-up introduction: Players can create teams on the home page of Battle Chasers, waiting for other players to join (can spend Gold to use all-server Horn to recruit teammates)

Tips: Team Captain can click on other player's avatar to hand over the captain or kick the player out of the team. When the Captain leaves, the second player automatically ranks as the captain. 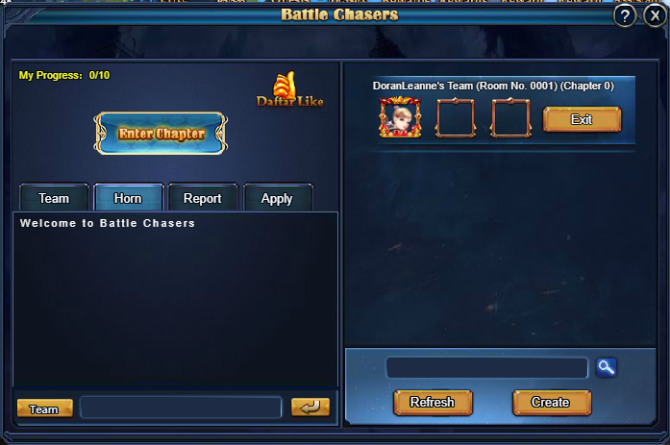 b) Chapter Challenge: Battle Chasers have 10 Chapters. Chapter 1-9 are common Boss Chapter, and Chapter 10 is ultimate Boss Chapter. After completing each Chapter, players can get the Token of corresponding Chapter, which can be exchanged for items in the Exchange. The difficulty of Chapter increases with the increase of times players complete the Chapter (Chapter progress and Token will reset every day). 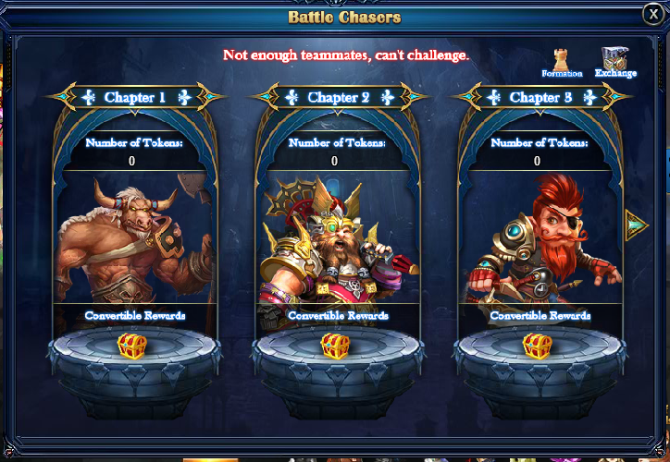 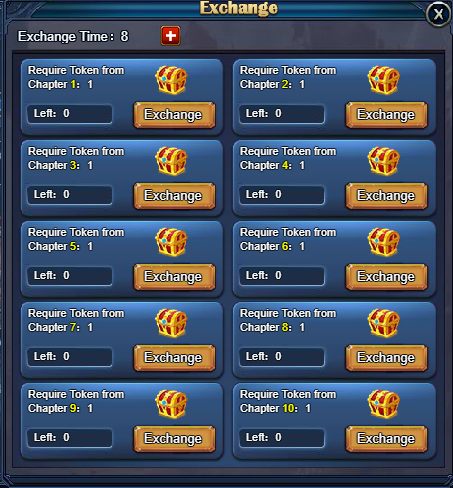 d）Like Function:
When players complete Chapter 10 of Battle Chasers, the tip box of Like will pop up (can only give Like to the Captain). And every player can Like once per day. The top three players who receive the most Likes will be listed on the Likes Rankings, which will refresh at 0:00 every day. And the number of Likes will be reset every Tuesday.

2. Passive Skills and Arrangement of Sacred Gear are added

Tips: Only 5 Star Sacred Gear can be placed. 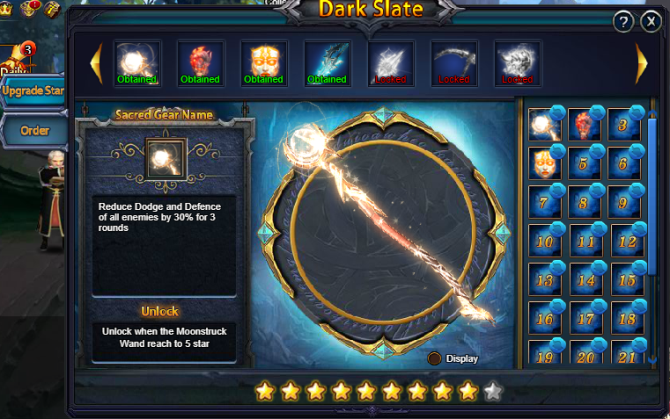 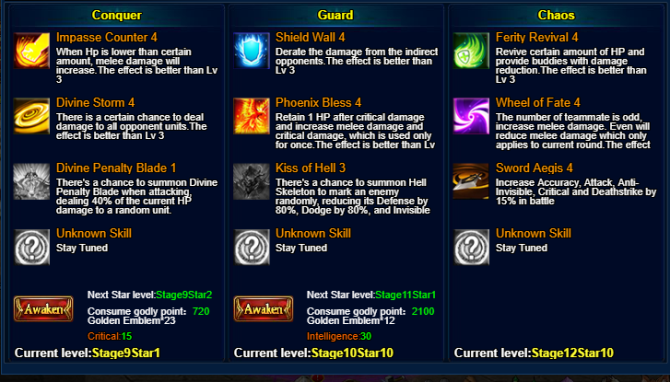 Kiss of Hell: There's a chance to summon Hell Skeleton to mark an enemy randomly, reducing its Defense by 100%, Dodge by 100%, and Invisible by 100% for 2 rounds.

4. The upper level of Guild Light Sacred Tree and Dark Sacred Tree has been raised to Lv 23 (Stats bonus increases with the level).

1. New notice for real-time increase and decrease of detailed value of Battle Capacity is added (BC display may delay. Players can close the function interface and reopen it if the BC does not change after changing the corresponding function arrangements).

2. Fixed the abnormal display of Peak Lv on the Lv Rankings.

3. Fixed the bug that the Scores and Rankings of Clash of Teams could not refresh in real time.

4. Fixed the bug that the actual opening date of Clash of Teams was contrary to the introduction.

5. Fixed the bug of abnormal HP display after demonization of Siren.